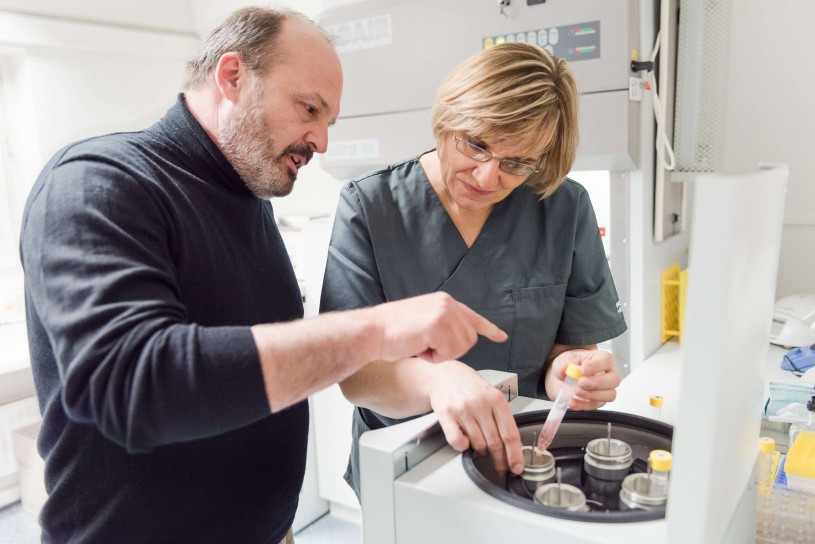 Hair multiplication is suggested to work along similar lines to actual cloning, in that cells are removed from a host, and then cultivated in a laboratory environment. Once they’ve sufficiently multiplied, these cells are then reintroduced to the scalp where it is expected that they will regenerate.

This method has run into difficulties in its development since it has been found that only a minor number of germinative cells can be extracted with each shaft of hair. Even further, few such cells will survive after being reintroduced into the scalp making it very difficult for them to generate a new follicle. Our team of expert doctors are therefore in intensively researching ways to improve upon this new technique and are gaining new and valuable knowledge on a weekly basis.

First a small strip of skin and hair is removed from the back of the head. This small strip is so small, that only the tiniest and an almost invisible scar is left when the area has fully healed. Your own native and existing hair will hide the harvest sites and postoperatively patients go back to normal life almost immediately.

The Dermal Papillae cells which contain the bodies instructions for hair growth are extracted, and thousands of copies of the hair follicles are grown in the laboratory.

When this process has fully completed, the patient is invited for the final part of the operation. In this final procedure, the patient is given hundreds "sometimes more" injections into the scalp each containing a number of hair follicles that are capable of growing new hair, in the area that was previously bald.

WHAT IS THE HEALING PERIOD?